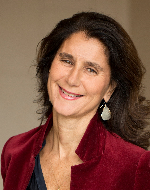 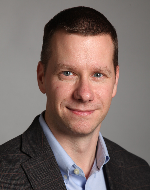 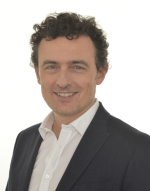 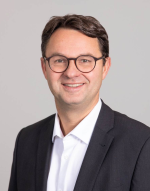 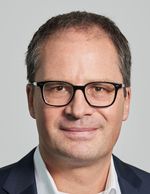 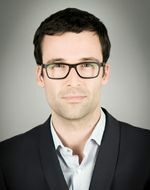 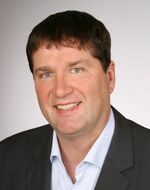 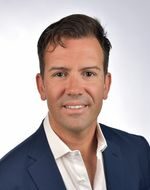 Physician and researcher in haemato-oncology, Rafaèle, has been an investor in life sciences since 2001. In 2018, she created Jeito Capital, an independent investment company dedicated to the development of biopharma/biotech, for which she announced the closing of JEITO I at €200M with renowned institutional investors.

Previously, Rafaèle worked at venture capital firm Sofinnova Partners for 16 years. She started as an analyst in 2001 and became Managing Partner and co-leader until 2017. With €1.5 billion assets under management, Rafaèle invested and sat on the Board of DBV Technologies [DBV], Ascendis [ASND], Lysogene [LYS], MedDay, Enyo Pharma, Flexion Therapeutics [FLXN], Preglem, before the company was sold to Gedeon Richter, Corevalve before it was sold to Medtronic, and Endoart, before it was sold to Allergan. She invested and is still at the board of Nucana Biomed [NCNA].

Driven by the idea of promoting women’s entrepreneurship in healthcare, Rafaèle founded the association W.I.T.H (Women Innovating Together in Healthcare) in 2010, and brings together more than 500 talented women from around the world who arose from medical innovation throughout the whole value chain.

She was awarded Chevalier de la Légion d’Honneur in September 2020.

Jason R. Dinges has been a member of the Morningside investment team since 2011. He has extensive experience providing operational and management oversight to early-stage biotechnology companies. From 2006 to 2011, Dr. Dinges was an associate attorney at Foley & Lardner LLP, practicing intellectual property law in the firm’s Chemical, Biotechnology, and Pharmaceutical practice group. Dr. Dinges received his Ph.D. in genetics from Iowa State University and a J.D., with highest distinction, from the University of Iowa College of Law.

Luca is an entrepreneurial pharmaceutical executive with more than 20 years’ experience in academic and industrial R&D and business development.

He is the founder and CEO of VectivBio AG, a clinical-stage rare disease company that raised $146.6 million in a NASDAQ IPO in April this year. Prior to this, he was CEO and co-founder of Therachon AG, which was acquired by Pfizer, Inc. in 2019 for $810 million. Luca previously worked at Roche for 12 years, where he advanced over 20 molecules into the clinic, catalyzed the creation of Synosia and Clementia, two companies built from Roche asset spin-offs, and led multiple in-licensing deals. He is currently Chairman of the Dementia Discovery Fund’s Scientific Advisory Board (SAB) and serves as a SAB member for CureSen Therapeutics.

Luca completed his M.D. and Psychiatry Residency at the University of Turin, Italy, and a postdoctoral fellowship at Columbia University.

General Partner at BioMedPartners. He has over 20 years experience in Venture Capital investing in over 60 companies in the early stage I the life science arena. Current Board assignments include EyeSense, Humedics, Inotrem, Allecra Therapeutics and Tricares.

Managing Partner at BB Pureos Bioventures. He has been an active venture capitalist since the late 90’s, investing in life science companies across all stages and types. Martin’s past and current board assignments include BB’s most successful private biopharmaceutical investments, such as Radius Health, Molecular Partners, Optimer Pharmaceuticals, Axovan and Glycart. PhD Protein Chemist & Biochemist.

Senior Investment Manager at Bpifrance. Since 2014, he has been involved in a dozen investment deals and current board member positions include Dynacure and Igyxos. Prior, he gained experience in various biotech roles, co-discovered a vaccine candidate, developed an antibody production service. He holds an MSc in Biotechnology Engineering from the University of Technology of Compiègne (UTC), a PhD in immunology and an executive Master in Finance.

Thomas is the scientific founder of Alentis. He holds a chair in hepatology at the University of Strasbourg and is head of the Inserm Institute for Viral and Liver Disease. He is a physician scientist with 25+ years experience in translational research in liver disease.

Prior to Strasbourg Thomas held positions at the Massachusetts General Hospital, Harvard Medical School, the US National Institutes of Health, the Broad Institute and the University Hospitals of Freiburg and Munich. He is an inventor on 15 patent families and the author of 300+ publications. He holds multiple international scientific awards, and is a recipient of the Prix Galien for drug discovery.

Thomas undertook research and clinical training at German Cancer Research Center, Heidelberg; University of Munich; Gastrointestinal Unit, Massachusetts General Hospital, Boston; US National Institutes of Health, NIDDK Liver Disease Branch, Bethesda. He is a board-certified gastroenterologist and internist and has an MD from the University of Heidelberg.

Roberto joined Alentis as CEO in 2020, bringing over 15+ years of life science industry experience.
Roberto is a physician-scientist and a serial entrepreneur. He most recently served as Entrepreneur-in-residence for the Versant Ventures group where he co-founded Bright Peak Therapeutics and the Ridgeline Therapeutics, Versant’s Basel-based Discovery Engine. In this role he was responsible for sourcing and evaluating academic opportunities from European institutes, and for leading biology and translational activities for Ridgeline New Cos. He was part of the leadership team which built the precision oncology medicine company, Black Diamond Therapeutics from inception through multiple financing rounds and a NASDAQ IPO in early 2020.

Previously, Roberto was at Roche for over 10 years, most latterly he was Global Head of Rare Diseases Research where he established numerous external collaborations with academic and biotech partners, which included large molecule, small molecule and gene therapy programs. During his time at Roche he also gained considerable experience in preclinical research and early development, managing discovery programs across a range of therapeutic areas including Neuroscience, Ophthalmology and Rare Diseases.

Roberto holds an M.D. from the University of Napoli, and a Ph.D. from the Max Planck Research School for Molecular Cell Biology and Genetics.

You’re more than welcome to contact us. Just fill out the form bellow. And we’ll get back tou you as soon as possible.